“Neither a lofty degree of intelligence nor imagination nor both together go to the making of genius.   Love, love, love, that is the soul of genius.”

Well, now we know where the song came from:)

This quote has nice timing, since today is when we all pay homage to our mothers, those still with us and those long gone.

Something about mothers … I’ve stared at this screen for a long time.  Today’s post is going to be a little different.

My mother was loving, but closed off.   I guess losing two of four children in birth or soon after will do that to a person.  She always seemed fearful of the world and I endured countless lectures about “what could happen“.  Of course I ignored them, repeatedly put myself in truly dangerous situations, and probably drove my mother crazy with worry.

Then I had children and learned a little about the complexities of being a parent.  My mother became more of a real person to me.  I watched my wife mother our children, not perfectly but with pure love motivating her.  When my daughters grew up and became mothers themselves, I started to really see the eternal cycle of motherhood and how it changes everyone.

So my mother wasn’t perfect  … and neither was/am I.   We both did the best we could with what we had.   I was with my mother constantly at the end of her life, up to the moment she took her last breath.   Small payback compared to what she did for me and what she gave up for me.

This is not the traditional Mother’s Day ode, but it’s what I have to offer.  I appreciate what my mother meant to me and how she shaped my life.  I don’t approach everything the way she did, but I can only hope that my life honors her.

So Happy Mother’s Day, Mom … oh, and thanks for all the love:)

Feeling just a tad like a little boy who misses his mother in the Heartland ….

John
NOTE:  This is a repost from several years ago.  My thoughts around mothers have not changed.

John Wooden   as quoted in How to Be Like Coach Wooden: Life Lessons from Basketball’s Greatest Leader (2006) pg. 5

I hate getting wisdom from athletic coaches.

As  a boy, I was rather non-athletic and I lived in a rural area where most boys were “real” boys who enjoyed hunting and fishing, were rugged and strong, and enjoyed the heck out of team sports.

Since I was “none of the above”, I felt a little out of place.   A little time in the Army cured me of the delusion that I could not become stronger and more rugged and a long period of running 5Ks, 10Ks, and longer races did help me see myself as somewhat athletic.

Reputation is in the mind, but not yours

Your reputation is in the minds of other people.  You can influence, you can manipulate, you can campaign, you can try to trick, but ultimately those other brains still function independently of you.

Good thing to keep in mind about a great many life issues.

Character is all in your head

Character is built on what you think, what you say, and what you do … all of which are in your span of control.

Character is visible to other people, at least in part, so your overt behaviors may influence how someone else regards you.  Just remember you cannot control that regard, only influence it.

Character ultimately has more to do with how you view yourself and your world.

Character really is all in your head.

Trying hard to remember this one because it’s important in the Heartland ….

Ever had  a relationship where the other person understood what you were not saying?

… A relationship where silence was okay, because you were linked enough to not have to use words to convey your mood or siutation?

Really listening to someone as active listening asks us to do, is hard work.

In other words, forget about what you want to say.   Minimize or eliminate distraction.   Just listen.

Never underestimate the power of focused attention to another person.

2)  Hear the words and the meaning behind them

Once you have emptied your mind of things that get in the way, you can concentrate on the words chosen to convey some message and the images that come from those words.

Words are not generic … each has a specific meaning, based on the person’s background, culture, and emotional state.  Pay attention and analyze what words they choose and the tone in which they use those words.

3)  Hear the silence and the words not chosen

This is the most difficult, but is also the source of the greatest insight.

Think about what was said and look for the missing pieces.  Try this:

If you were talking about the topic, what would you include?

What did you expect to hear that you did not?

How congruent is their tone with their word choices?

Well, this is actually the easy part … once you hear the unspoken words and feel the underlying emotion, then you have to respond accordingly.

Trying to listen beyond the sounds in the Heartland ….

“My life is my message.“

Sigh … I am already tired just thinking about trying to compare my life to that of Gandhi.  He’s ahead in the running, if you did not already know.

I recently made a fairly obvious pain of myself in a meeting.  The reasons  included some valid stress from the illness of a loved one and some rather immature jealousy of another person.

Whatever the reasons, my behavior was poor.  I was testy and somewhat confrontational, with a touch of “miffed” thrown in.

Whatever my reasons, what others saw was how I acted and how I interacted.

In the world of psychology, the term “incongruence” seems to fit this best.  My behaviors did not fit the image I have of myself.

I sense a clear and simple message here from Gandhi:

Your actions are important, since they are the outward manifestation of what you believe important and worth your energy and time.

2) Others are aware of what you do

Other may not know what you think or how you feel, but they can see what you do.  Your choices and decisions which result in action are there for others to see and judge.

3)  You will be remembered for what you do

Images make strong impressions.  What actions are you taking every day that will stick in people’s memories?

So the real question is this:

What message are your actions sending to others?

Trying to act in a more admirable fashion in the Heartland …. 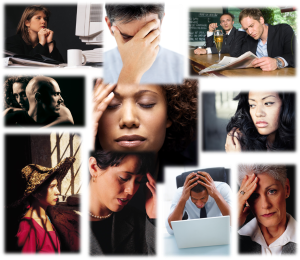 “You’ll worry a lot less about what people think of you when you realize how little time anyone spends thinking of you.  They’re too busy with their own stuff.”

This was today’s Great Work Provocation.   These little gems appear regularly in my inbox and are never deleted without reading.  I will always make time to open any message from Box of Crayons,  because I can trust that value resides within.

I have never been disappointed or proven wrong in this belief.   Great Work Provocations are keepers.

The source of this ongoing stream of wisdom is  Michael Bungay Stanier, whose latest book is Do More Great Work.   When you visit his site, and you will want to do so, you’ll see much, much more good stuff being done with Michael providing the primary drive.

I have followed Michael’s work for years and can safely say that he is one of the most clear-headed, energetic, and thoughtful change agents and leadership guys out there.

… but don’t take my word for it.  I have obviously drank the Koolaid, as one unfortunate cliché goes.

Spend a few minutes on Box of Crayons – I can promise that the time will be well spent, especially if you like creative, positive, and useful workplace learning and behavior advice, offered with just a dash of humor and whimsy:)

Loving this trusted source in the Heartland ….