Over at The Lead Change Group, people from all over our shared planet are banging the drums for peace … in the world, in our organizations, and within ourselves.  A worthy focus for all of us, with much of value being shared.

You will not find much pie-in-the-sky optimism, but you will experience reality-based thinking and solid recommendations for action to create transformative change.

Here are three distinct things you can do now to connect with all this.

First, check out the clear-eyed observations of Chery Gegelman at Peace – A Leadership Strategy, Not Pixie Dust.  Chery’s series on peace provides a wealth of information, highlights varying perspectives, and helps us understand the depth and importance of past, current, and future work to create peace

Then join Chery and Kate Nasser, The People-Skills Coach and creator of the Google+ People Skills community group, as they co-host a #PeopleSkills TweetChat this Sunday, September 20th, at 10 AM EST.  Share your thoughts, experiences, and hopes with others who are exploring positive and real-world action to work for peace.

“I call on all warring parties to lay down their weapons and observe a global ceasefire. To them I say: stop the killings and the destruction, and create space for lasting peace.”

Finally, join the world as the United Nations celebrates the International Day of Peace on Monday, September 21, 2015 to learn more about how we can and must work together to reduce and end conflict.  This years theme is “Partnerships for Peace – Dignity for All” focusing on how all segments of society can work together to create peace.

This is not a movement to sit out … at stake is nothing less than the well-being of everyone in our shared world.

As I softly sing “All we are saying is ‘Give Peace a Chance’” in the Heartland ….

I had an insatiable appetite for information and the written word, whether a novel about man’s existence or a magazine article about the future.  This trait has persisted and stands me in good stead today, even if it does tend to clog my email account a bit.

I was promised flying cars …

Back in 1957 or so, I distinctly remember an image that caught my attention.  It was a picture of a typical suburban street, with cookie-cutter houses, pavement everywhere, and shining sun above.  For this isolated farmboy stuck at the edge of the world in rural MIssouri, this looked fantastic.  I could not wait to be in that world.

What really got my attention was the artist’s carefully rendered depiction of a car in the driveway.  Not just any car, mind you, but a car with wings!

My life had no context regarding cars with wings, since at this point, airplanes were still pretty exotic items and usually glimpsed as they flew high and majestic over our farm, above me standing far below with mouth agape, in and out of my life in a few short, but exciting seconds.   At that time, the Air Force base outside Kirksville was still a going concern and the rare appearance of an actual military bomber flying lower than I dared hope to soar loudly and ominously over the barn was a time of near hysteria.  I became adept at playing out a mini-wargame whenever one of these mysterious crafts appeared.  On the days that I noticed or heard them coming, I was ecstatic, because this gave me precious extra moments to act out my boyish fantasies.

About that car with the wings …

This was the promise of the future, along with a bunch of other predictions about work-saving appliances, portable communications, and easy living, most of which meant nothing to me at the time.  However, a car with wings was something to be excited about.

This is what we do as young people.  We grow into the world and try to make sense of it.  As we grow and expand our base of knowledge, we let loose of some interesting but fanciful conceptions and incorporate a widening circle of experience and knowledge.  At least, that is how it is supposed to work.

I was less excited about this concept, since work on a farm means physical labor that never really ends, but only shifts focus and location, as weather and seasons come and go.  Work on the farm consumed much of the day and much of the energy of my parents.   While I knew other people had different jobs, I did not think much in terms of those other jobs … partly because I had little direct knowledge of them and also because I did not understand that “town jobs” like teacher, storekeeper, policeman, gas station operator, or druggist were options for me.

I also learned that you worked for many years, until a magical time called “retirement” when you could stop working.   This was also unclear to me, since all the farmers I knew continued to work hard, regardless of their age.  Retirement was more attached to the afore-mentioned “town jobs” than to my reality.

I have to admit that this retirement sounded pretty good, although the whole idea of what you actually did do every day when retired was rather vague.  Fishing was mentioned and I eventually learned that retirement appeared to include drinking coffee at the restaurant during the work day, sitting on the town square observing commerce, and hanging out with other people of a certain age.  At least that is what the men did … I have no clue what retired women did, or even if such existed.  I guess I just assumed women kept doing what I saw them doing most of the time … cooking, laundry, and taking care of children.

I grew up in a different time … and I am still waiting for those flying cars.

More importantly, I also grew up, as did many others, with some clear expectations for how things would go.  Those expectations were based on what I saw, what I was told, and how things had gone in the past.

Life goes on and the boy ends up in a far different world than expected … stay tuned for Part 2, where I analyze some expectations and find them wanting.  Then in Part 3, I will share what I believe we are now learning about how life will go for us.

Feeling full of purpose and sort of excited about things in the Heartland ….

Image:  “ConvairCar Model 118” by Source. Licensed under Fair use via Wikipedia

With thanks to the folks at Quartz, one of my daily sources of information about our world:

I was in high school during this period of our country’s history and in college as much of the hope died in flashes of gunfire and hate.

Now, decades later, we find ourselves in much the same place in some ways, but further along in other ways.  I remain hopeful that superficial things like the color of someone’s skin will cease to matter, but I am not blind enough to think that it does not still make a difference.   The evidence that we have a long way to go is overwhelming.

However, we have messages from that time that still inspire us today …

These words ARE relevant today … right here in River City and across our nation:

This is leadership in the crucible.  Does anyone write like this anymore?

Feeling quite stirred by words and images dimly remembered from a time long ago, but really just a twinkling of an eye back in time, in the hopefully healing Heartland ….

Repost from Weaving Influence:  A little boost for a nice book by a good author who is trying to add value to the planet … what’s not to like here? 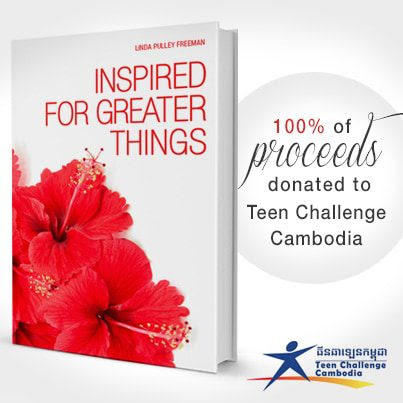 Weaving Influence is Becky Robinson’s company and a jolly good group of folks it is:  A known and valued source of thoughtful and useful information.

Linda Pulley Freeman is also a known and valued source of books, including THRIVE!,  which help others grow and become more effective.

Click the title below or the book image above to read more about this book and about a very nice trend among books and authors featured by Team Buzz Builders:

Immensely enjoying another opportunity to tout this group of very nice folks who do very good work in the Heartland ….

Today is “March Forth on March Fourth” …

If we do not dissent when we see injustice, we have consented to that injustice … powerful message delivered in powerful fashion.

Video compliments of Upworthy:  Things That Matter.  Pass ‘em On.

Thinking about how I can continue to work for those things in which I believe in the Heartland ….