Of late, I have found myself immersed in discussions about discerning one’s call, completing both familiar and new career/interest assessments, and generally doing a fair amount of reflection on my personal essential question:

WHAT DO I REALLY WANT TO BE WHEN I GROW UP?

This has not been easy for me.  I enjoy taking both psychological and vocational assessments, as anyone who follows my Facebook stream knows.  My idea of enjoyable bedtime reading is titles such as “What Color Is Your Parachute” and the like.  I can spend hours researching and learning about career paths, certification processes, and consider almost any career field as fair game for daydreaming.

You see, I have this condition called “Optionitis“, which simply means I strive to keep all my options open at all times.  Option reduction, whether voluntary or involuntary, is to be avoided.

The primary symptom of Optionitis is a strong desire to keep as many options on the table for as long as possible.

My reasoning is that if I fail at one thing, I have other things to fall back on.   This safety cushion mentality has resulted in me carrying multiple credentials, earning degrees in diverse fields (always with multiple majors or fields of study), and an eclectic taste in reading and learning.   I know a lot about many things.

ON THE DIVING BOARD:

Another aspect of this condition is creating Diving Board Moments:   That point when you are on the tip of the diving board, high above the pool, and all you have to do to move out and down is … well, move.

But you don’t … instead you freeze on the perceived safety of that board, while staring fearfully at the cool and clear water that seems so tremendously far away.  When we say to ourselves that we need the security of our current employment while we transition to something else, we are on that diving board.

… Or maybe you are like the person trying to step into the gently bobbing boat from the dock.   As you place one foot on that unstable boat deck, you are seized by fear that your footing will fail and you will fall into the deep and cold water.

If you remember how to swim, falling into water is much less scary.

If you move onto the boat, your footing will become less unstable.

Eventually you will get used to the gentle bobbing of the new place you are.

Keeping my options open gives me many potential directions to go vocationally, but it also allows me to remain stuck in place for much longer.  I can decide not to decide for a very long time.   Does this sound familiar to anyone?

Action is the prescribed medicine to cure Optionitis.

When discerning your calling or, better yet, your purpose for being, you can collect options and protect choices for only so long.   In my experience, many more people regret staying in a job too long than those who think they left too quickly.

Risk is scary, but it is also where the prizes are …

Trying to move on out to the tip of that diving board in the Heartland ….

A recent Lead Change Group post by Jane Perdue  was all about how we do not always do or say the right thing, but often choose to remain quiet and go with the majority, even when we know it is the wrong thing to do.  Much research exists to support the idea that we will even doubt our own senses when others react differently to a situation.

Jane’s engaging and value-filled thoughts are always well worth a few minutes of your time.

Here is my edited and revised response to Jane’s thoughts:

Best Understatement:  “For most of us, being in situations where we are isolated, don’t fit in, or face reprisals isn’t much fun.”

END_OF_DOCUMENT_TOKEN_TO_BE_REPLACED 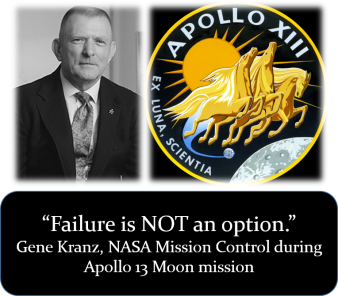 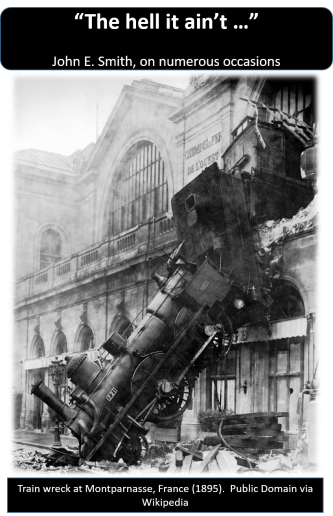 First, let me clearly state that the NASA team, under the steadfast leadership of Gene Kranz, displayed amazing teamwork, collaboration, and creativity under intense pressure.  The results speak for themselves … astronauts brought back to earth alive.

Truly a story worthy of a well-made film headlined by Tom Hanks, who brings gravitas and humanity to each role …

However, that said, you can add the famous line about failure not being an option to my list of things I will never say … END_OF_DOCUMENT_TOKEN_TO_BE_REPLACED

It all started with Mr. Powell …

Max Powell was just over 5 feet tall, our high school principal, and the second most feared and powerful man in my adolescent life, coming just after my father.  His authority was almost tangible and he stalked the building and events with a piercing stare that dared you to even consider being anything less than truthful, respectful, and deeply remorseful for whatever he had just observed you doing.

When I was a freshman, he shook up my world at our first meeting.  Upon learning I did not have a pen or pencil to sign a form, he introduced me to the concept of personal responsibility, remarking with that withering glare:  “What kind of student goes around without a pen?”.

To this day, I carry multiple writing implements everywhere I go, regardless of place or intentions.  I will never be caught without a pen or pencil again.

When I was a senior, Mr. Powell also asked me what my college major would be, assuming that since I was not a farmer or particularly skilled, higher education was the path before me.  I weakly replied “I don’t know”, so a lengthy discussion ensued, after which we settled on Social Science, since those had been my favorite classes while under his charge.

Later on, as a young man, I was asked often by older adults about career and life goals.  Sometimes the questions were casual and relaxed indicating a real curiosity, but at other times, the questions were sharp and implied an expectation that I make some decisions and get on with it.  Either way, a decision was expected.

This has continued throughout my life … someone is always asking me to make a decision and focus on something.  As a counselor, I was encouraged strongly to pick a particular model and submerge myself into it, in much the same way that I had to pick topics and issues for my post-graduate work.   In business, I was constantly faced with the decision to choose a career path, one that would open some doors and slam others firmly shut.

Even in the Army, I had to pick a branch of service to become a specialist in, and not just learn about being a good soldier.

Choose one direction and let go of another … focus on something and learn it thoroughly … Frankly, I’m getting a little tired of this.

Instead of following the trend and creating a career based on toiling in a specific field for multiple decades, I have continually shifted and changed directions, moving from one type of work to another, diligently earning and later discarding professional education, degrees, licenses, and certifications.

I read books on very different subjects and have some trouble staying with one topic long enough to master it.  According to the National Institute of Mental Health (NIMH), I could easily qualify for an ADHD diagnosis … high-functioning, of course.

While I have dabbled in many areas, I have gained supremacy in few.   This is viewed by some as a weakness or sub-optimal career management.

Two important observations at this stage of my life:

First, throughout all the changes, a few things have remained constant … and this is a good thing.

I have core values around honesty, diligence, and collegiality that either show up or create a need to seek new environments.  I enjoy a quiet confidence because I have experienced a greater diversity of workplaces and people than those who have locked in and focused.

Second, I firmly believe that the patchwork quilt of my working life is an asset, rather than a hindrance.

My working life has not had a laser-like focus, but more resembles a smorgasbord, from which I have sampled often and widely.  While I will never reach the heights of any particular profession, I understand sometimes wildly different issues and points of view, and I can connect dots between those points of view that others do not even see.

I mentioned earlier that I feared Mr. Powell.  I also deeply respected him and remember our interactions fondly.  Mr. Powell was one of those adults who challenged me, at a formative time of my life, to become more than I thought of aspiring to or could even imagine.

Looking back over your own life so far:

Who influenced you the most?

How did they do this?

What have you gained because of their influence?

STATISTICS SURELY HAVE THEIR USEFULNESS …

Statistics, which makes many people’s teeth hurt upon hearing or seeing the word, is a helpful science, when used correctly and cautiously.

Statistics allow us to take large amounts of information about people, events, or things, and convert that data into more understandable pictures of what is most and least likely.

Here’s some basic statistical terms, with my homegrown and completely unauthorized notions about what they mean:

AVERAGE … Probably the most commonly known term of all and somewhat meaningless, since it can represent several of the other terms here, such as means and medians.

MEAN … One way to tell us what “average” is, even if nobody actually fits the contextual definition … as some are wont to say, the average person does not exist.   The mathematical average may or may not have anyone actually there.

MEDIAN … The “middle” value in a list – The value which is exactly greater than half of the total population.

MODE … Modes make distribution curves possible.   The most often appearing value in a list, which appears as a “bump” when put into a graph format.

Of course, many other statistical terms exist and exist and are in use, hopefully by those who more clearly understand them than I.

So a list of 100 people might represent values which ascend or descend, depending on which end you start with OR be a list with a great big pile in the middle and dropping off toward each end, OR represent two vastly different groups of fifty people each OR … well, you get the point.

HOWEVER, THIS IS NOT ABOUT THOSE KIND OF STATISTICS …

Having recently spent some time considering possibilities and likelihoods, thinking about alternatives and best choices, and generally thinking about things,  I have come to some realizations:

THE ONLY STATISTIC THAT REALLY MATTER IS YOU …

No matter how many others have experienced what you are experiencing, your experience is unique because it is happening to you.

The average, mean, mode, and median means nothing when your experience is different.

Where you personally land on a distribution chart is significant for you and you alone.

You decide the relevance of averages and distributions, based on your personal beliefs, experiences, attitudes, values, and hopes.

You can’t chart that …

Paying close attention only to my personal statistics in the Heartland ….

For more than most of us will ever need to know about statistical terms and what they mean in a formal or academic sense, The University of California at Berkeley definition list is the source I consulted to make sure I was not committing gross negligence or outright error in the discussion above.

Image:  Poisson Probability Mass Function graph by Skbkekas – Own work, CC BY 3.0, https://commons.wikimedia.org/w/index.php?curid=9447142.  I have no idea what this graph means.