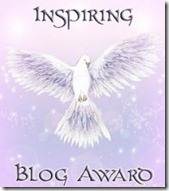 I was speechless for a while, which is not my normal state of mind.

I blog for a number of reasons, but being nominated for awards is not among them.   Getting a message that someone thinks so highly of what I share that they are doing so is really just pretty nice.

Thanks to David Kanigan, who inspires me to dream larger, look around more often, and be a better communicator.  Sometimes the value of an honor is in the honor itself, but sometimes the value lies in the stature of the person who is giving the honor.   This is one of those times.

To be inspired, visit his blog “Lead.Learn.Live”… better yet, subscribe.

You can see the award HERE.

Now I have to share seven facts about myself with you all:)   Some of these may have been previously disclosed or at least hinted at over the years.

1)  I am a progressive liberal  and believe strongly in inclusion, social justice, fair play, equality, and whatever else keeps people inside the circle rather than outside.  My children regard this aspect of me with some mistrust.

2)  I have dueling degrees in Counseling and Leadership & Management.   Sometimes they overlap nicely or support each other, and sometimes … not so much.   At times, the business sense wins the day, but other times, I’m all touchy-feely, sensitive … well, you get the picture.

3)  I once had a full-time job as an assistant director of a nursing school, while also working part-time both as an addictions therapist in a hospital treatment program and teaching graduate classes in counseling.  I was a glutton for punishment and apparently did not require sleep at that point in my life.

4)  I am a sucker for intelligent and well-romantic comedy films.  Think “When Harry Met Sally” or “You’ve Got Mail” … wait, maybe I just like Meg Ryan.  I think everyone deserves the experience of ending up with someone you love.

5) My dream job was as the primary corporate learning officer (before this title became popular, unfortunately) for a national non-profit organization.  I got to be part of almost everything that went on, had the freedom to run my own show most of the time, and was highly visible at corporate employee and board events.  Plus, they had these really neat logo shirts …

6)  I learned how to work effectively with people on several college campuses while running student residence hall programs.  Do not ever let anyone tell you that student development work in higher education is “fluff”.  It’s down and gritty, constantly challenging, and will test your physical, emotional, and ethical strengths.   I cannot imagine a better management training program.

7)   I have operated both M48 and M60 tanks while serving in the U.S. Army Reserve.  I can drive ’em, shoot ’em, and command ’em, but don’t ask me to fix one if it won’t go.  I once had the pleasure of being so sure of myself as a young captain that I kicked our Division Commander (a general) and his staff off a live fire main tank gun range for safety reasons.  This action met both my desire for power and my need to protect others at the same time.

So far, I’ve covered the first three of five requirements for this award and I’m already exhausted, but in a very good way:)

To accept the award, the rules are:

Still feeling very pleased to be so honored in the Heartland …